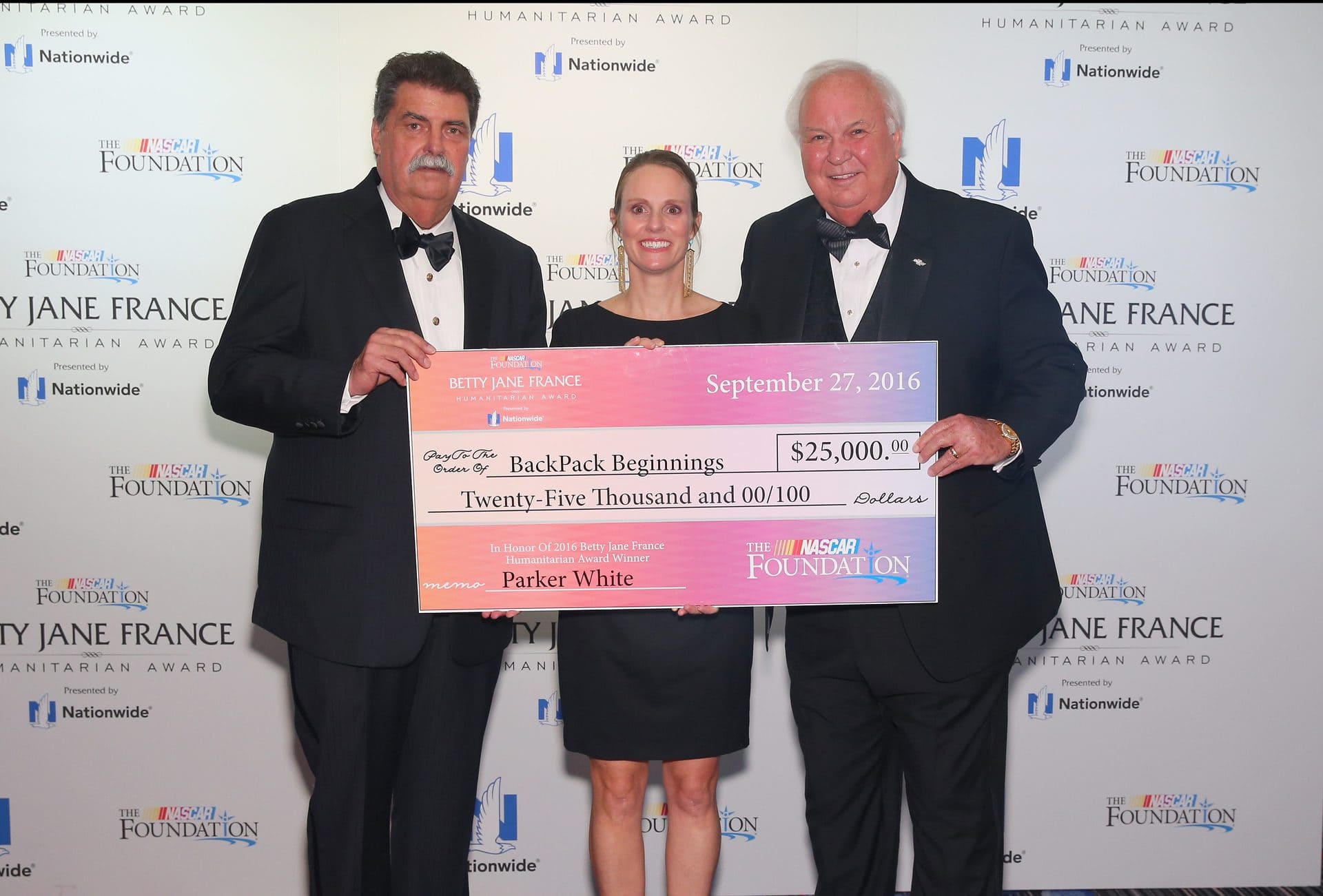 The NASCAR Foundation presented Parker White, the founder and executive director of BackPack Beginnings, with a check for $25,000 for being one of four finalists

As a finalist, White received an expense-paid trip to New York. Accompanying her at the gala were Tanevia and her mother, Aviance McCollum. Tanevia is a student at Hope Academy and a Greensboro native. This mother and daughter represent one of the many families that benefit from the hard work of White and the all-volunteer staff of BackPack Beginnings.