Home/Blog/McNair Elementary Students Show Off Their Noses!
Previous Next 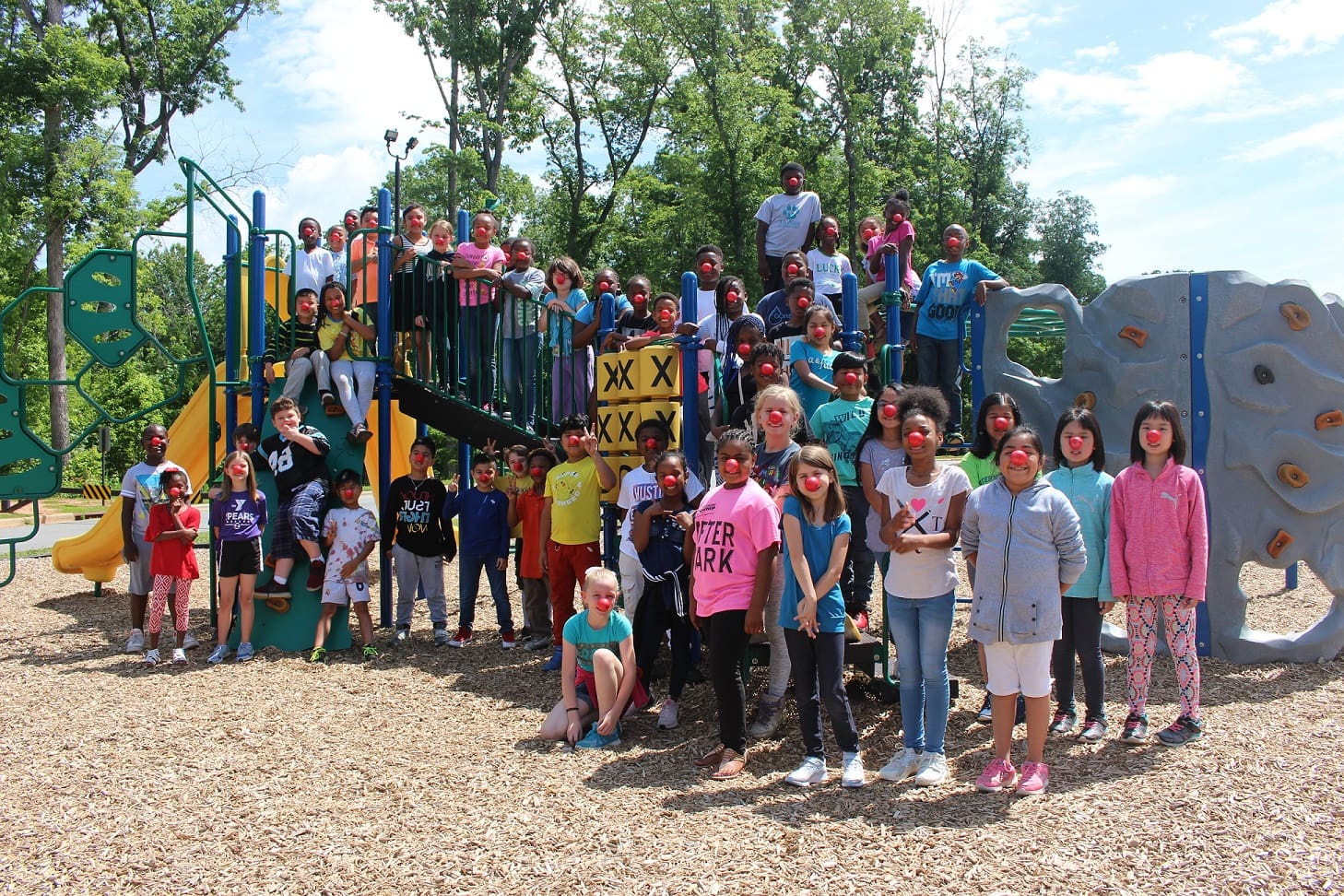 On May 24, a fairly large crowd of second, third, fourth, and fifth graders from McNair Elementary School, recognized as one of the Title 1 schools within Guilford County, gathered on the playground to show their support for children in need around the world. Many children belonging to Title 1 schools have lived through similar circumstances and rely on local organizations like BackPack Beginnings to support their needs to live happy and healthier liver.

Thank you to all those who took part in Red Nose Day to benefit children around the world. Find out how you can get involved with BackPack Beginnings to help the local children across the county in need of your support.

Children suffering the effects of hunger and poverty are sprinkled within our county, city, state, country, and even larger… they reside in just every country around the world, some more heavily populated than others. The Red Nose campaign; a global fundraising campaign organized to help children in need, across the U.S. as well as some of the poorest countries in the nation (Latin America, Africa, and Asia). In the last three years, from 2015-2017, the campaign has proven to be quite the success raising over $145 million. Red Nose’s proceeds have provided over 8 million children with life changing circumstances, by providing them with accessible education as well as healthier and safer living conditions.

BackPack Beginnings in the News